While not the only theatre in New York, it’s certainly one of the most celebrated and iconic places to go watch your favorite plays. But what makes Broadway so much better and why does it get so many rave reviews? We’re going to try to answer those questions in this article.

If you ever watch a musical at Broadway then try to replicate the same feelings with a DVD, you’ll be sorely disappointed. The sound and the live performances cannot be replicated so easily through traditional media!

Broadway musicals suck you in

A lot of people say they don’t like musicals are shows and plays that aren’t on the big screen, but it’s very easy to get absorbed into a musical and even start humming along with the tunes. They’re addictive, they’re a lot of fun and they will suck you in!

Broadway combines the most talented singers and dancers

Unlike a lot of performances these days, Broadway musicals are still done the old-fashioned way and the actors and actresses need to combine their singing and dancing talent in order to impress their audiences.

Another reason why Broadway is so celebrated is that many of the plays were written and performed many years ago. This gives you some insight into how things were back in the day, enlightening you and teaching you all about its history.

To conclude, we’ve included a helpful infographic below that will explain which shows to watch and why. 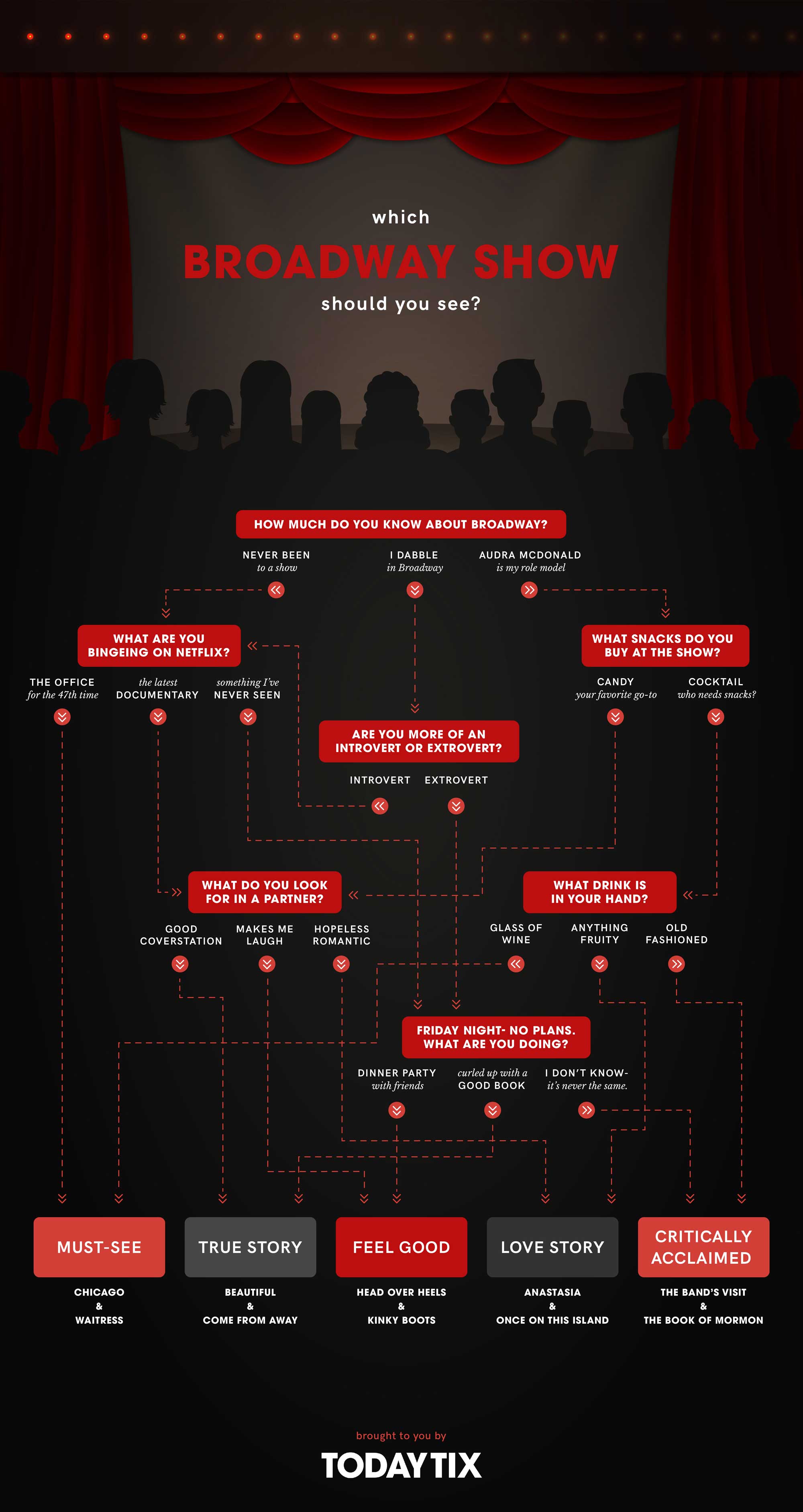 ← Previous
How to Use Your Blog to Start a Writing Business

Next →
Staying Fit and Healthy on Limited Time
Click here to cancel reply.