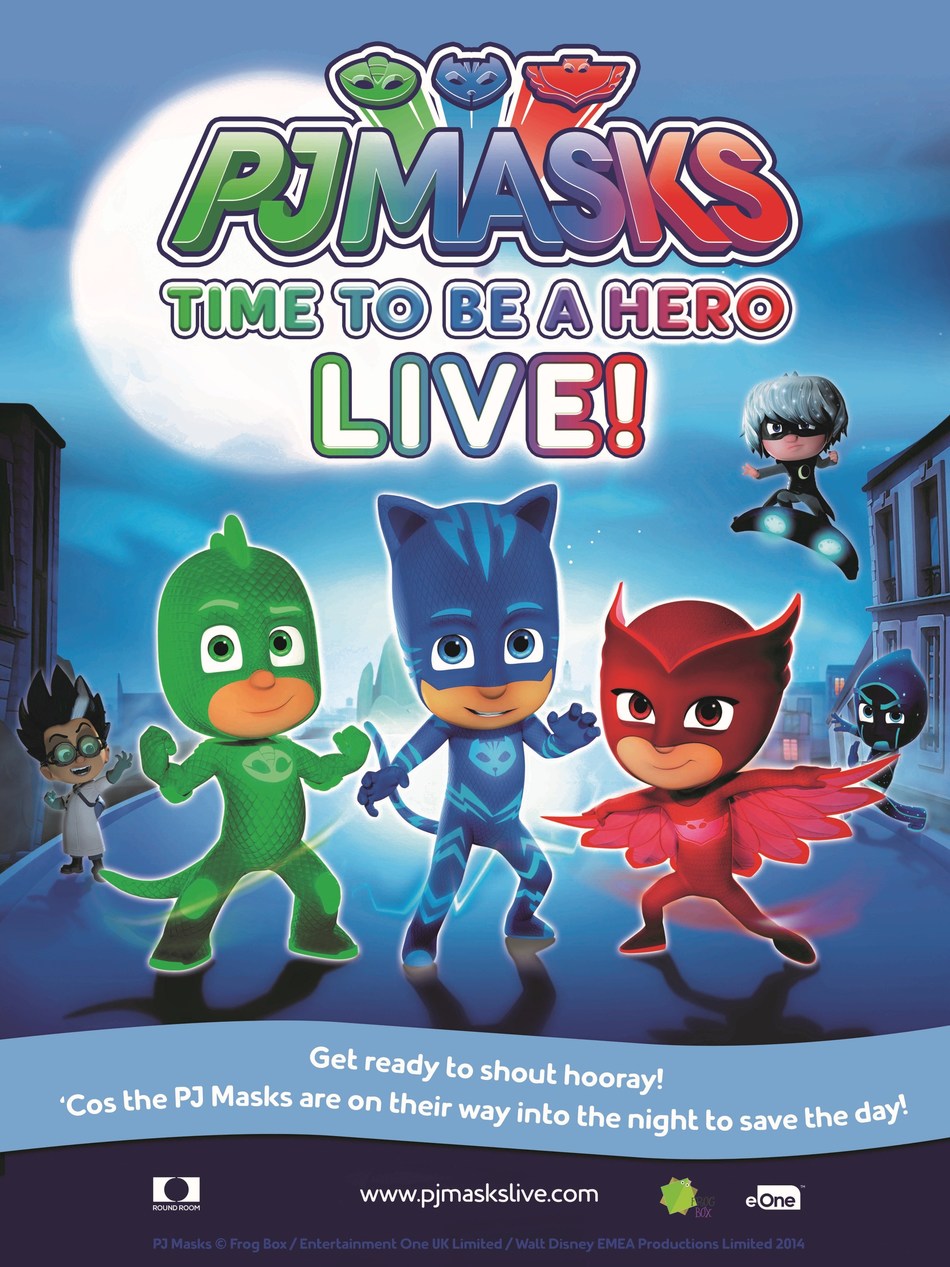 NEW YORK, May 15, 2017 /PRNewswire/ — Entertainment One (eOne) and Round Room Presents are proud to announce that ‘PJ Masks Live! Time to Be a Hero,’ a brand-new, fully-immersive musical production, will take to the stage, touring across North America starting in September 2017. Exclusive pre-sales begin Tuesday, May 16, at 10am EDT, with the general public on-sale starting Friday, May 19, at 10am EDT.

The live show is based on eOne’s top-rated animated TV series, which airs daily on Disney Junior. Catboy, Owlette, Gekko, and the Baddies will delight fans of all ages with live performances featuring world-class production, familiar and original music, acrobatics, and immersive interactivity.

PJ Masks, the hit series, follows the thrilling nighttime adventures of three young friends who transform into their dynamic alter egos, Catboy, Owlette and Gekko, when they put on their pajamas at night and activate their animal amulets. Together, they embark on action-packed capers, solving mysteries and learning valuable lessons along the way.

“I am thrilled to be partnering with eOne to bring a live version of the series to PJ Masks fans throughout the U.S. and Canada for the first time,” said Stephen Shaw, CEO of Round Room Presents and Lead Producer for the live tour. “PJ Masks is an amazing brand that transfers naturally to the live stage, and we can’t wait to delight audiences with this fun and exciting new show.”

See below for tour dates and locations. For more information and to purchase tickets, please visit, www.pjmaskslive.com.

About Entertainment One
Entertainment One Ltd. (LSE: ETO) is a global independent studio that specializes in the development, acquisition, production, financing, distribution and sales of entertainment content. The Company’s diversified expertise spans across film, television and music production and sales, family programming, merchandising and licensing, and digital content. Through its global reach and expansive scale, powered by deep local market knowledge, the Company delivers the best content to the world.

The Company’s rights library is exploited across all media formats and includes more than 100,000 hours of film and television content and approximately 40,000 music tracks.

About Round Room Presents
Round Room Presents is a live entertainment firm that specializes in the production and promotion of live arena shows, concert tours, theatrical performances and touring exhibitions. Round Room are currently the Executive Producers for Exhibitionism: The Rolling Stones blockbuster exhibit. http://www.roundroompresents.com/

We are so excited about this! We will be heading to Cincinnati for sure to see the show there – the kids LOVE PJ Masks!

Hi, I’m Mandi, mom of three currently living in southwest Ohio. I’ve been blogging since 2008 and over the years have explored all sorts of topics to write about: parenting and family life, travel, food, and even a little DIY and crafting. Read More…